Who speaks about social and economic inequality in Czechia nowadays, and what are some of the things they say? Where do we draw the line between sociological, political, and legal approaches to the question, and what role do unions and media play in such a discussion? How come terms like “social justice” and “labor” have become appropriated by the Czech Workers’ Party of Social Justice? How to reimagine discourse on class and labor within the context of the post-socialist experience, and which particular topics and questions do we consider most relevant?

We have gotten used to considering class a marginal phenomenon, as if it were only a question of those who have fallen through the cracks of proper society, or those who are the beneficiaries of help and care at the hands of social workers (the ostracized, the homeless, the unemployed, the poor). But poverty, lack of employment and troubles keeping decent living arrangements are problems which painfully affect an increasing segment of the population. Therse are class problems, although they might not be perceived as such. Confusion regarding the concepts of class and labor are understandable in the case of post-communist countries, as the former regime has imbued them with a strong ideological dimension, one with which we find nothing in common.

Out of all the categories of class, the working class is the least legible. Allegedly, the working class is either disappearing and dissolving within the middle class, sharing a similar lifestyle and life standard (i.e. the argument about the working class becoming bourgeois), or is falling into ever greater poverty afflicting an increasing number of people – even those who used to be part of the middle class (i.e. the declassing of the middle class). Although we quite often hear testimony to the condition of the elites and the middle class in the media and in various economic and political discourses, people who ought to be called the working class are left undefined, or defined by roundabout means, through a whole spate of other names and categories (the everyman, the regular Czech, normal people, the precariat). It would be a mistake to consider this absence of an explicit class discourse as indication of the non-existence of class and labor itself. We live in a society where people still manually work as employees in factories, agriculture, in various types of industry both old and new. And these services and their affiliated professions are oftentimes considered examples of contemporary labor, as the work conditions and the job market’s precarity are certainly comparable. We still live in a deeply class-based society.

The project is supported by the Rosa Luxemburg Foundation 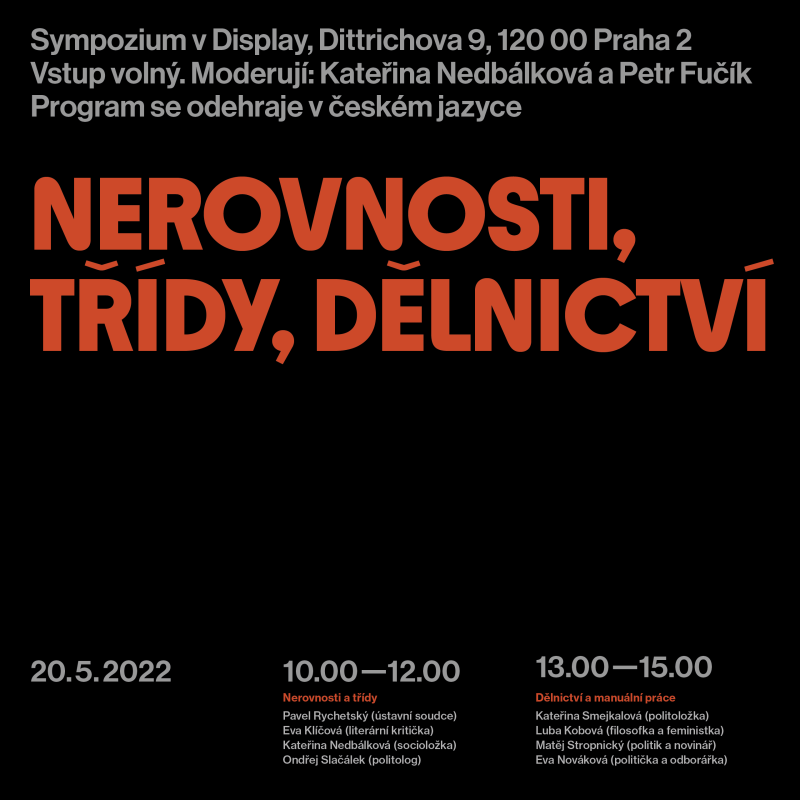 Event is part of
Spectral Museum