Screening - Multilogues on the Now: Technologies of the Body

👌With participation of: Dagmar Schultz a Ika Hügel-Marshall

🎬The screening of a documentary film about African American lesbian activists, poet and breasts cancer survivor Audre Lorde maps her years in Berlin and recognises her role in the Afro-German women's movement. The film will be followed by a discussion and a dinner with the director of the film, Dagmar Schultz and Ika Hügel-Marshall, who were both close friends of Audre Lorde. Among many other topics we will tackle intergenerational feminist solidarity and histories of Afro-German Women´s movement.

👉Born in Berlin, Germany, Dagmar Schultz first studied at the Free University of Berlin and then studied and worked in the United States and in Puerto Rico. Her teaching and research have focussed on feminist studies and women’s movements, on anti-racist social work, on women’s health care and on cultural competence in the psychiatric care of migrants and minorities.

In 1974, after her return to Berlin, Dagmar Schultz was a co-founder of the Feminist Women’s Health Center in Berlin in 1974, the first of its kind in Germany. She worked with the center until 1981. She also co-founded Orlanda Women’s Press (Orlanda Frauenverlag) in 1974 and was its (co-)publisher until 2001. Orlanda published several works of Audre Lorde in German.

Since 2004, Dagmar Schultz has been involved in writing and in organizing reading tours in the US for Ika Hügel-Marshall (author of “Invisible Woman. Growing up Black in Germany”) as well as other events. In 2007 she was the co-producer of the film “Hope in My Heart – The May Ayim Story”. Her documentary on the times in Germany of author Audre Lorde (“Audre Lorde – The Berlin Years 1984 to 1992) had its world premiere at the International Berlin Film Festival in 2012 and has since been shown at 75 festivals all over the world and received seven awards.

👉Ika Hügel-Marshall has a degree in social pedagogics and has taught in Berlin at the Technical University, the Free University and the Alice-Salomon University of Applied Sciences, where she offered courses in gender studies, diversity studies and psychological counseling. She is trained as a counselor and has counseled primarily intercultural teams and binational couples. In the 1980s, Ika Hügel-Marshall, who has a black belt in Taekwondo, founded together with Sunny Graff the Taekwondo and self-defense organisation “Women in Movement” in Frankfurt/M. In Berlin, she offered confrontation- and self-defense training for Black, Jewish and immigrant women. She also led anti-racism workshops.

Ika Hügel-Marshall has published various articles on anti-racist consciousness raising and is co-editor of the book Entfernte Verbindungen. Rassismus, Antisemitismus und Klassenunterdrückung (Orlanda Verlag 1993). In 1996 she received the Audre Lorde Literary Award for the completion of her autobiography Daheim Unterwegs. Ein deutsches Leben, published by Orlanda in 1998 and republished by Unrast Verlag in 2012.

→This evening is a part of Multilogues on the Now: Technologie těla exploring our bodies as spaces of interaction between gender, technology, race and power structures. It questions the limits and barriers of bodily autonomy, produced and maintained through those conditions, while opening up discussion around radical approaches to care and intergenerational solidarity. Facebook event 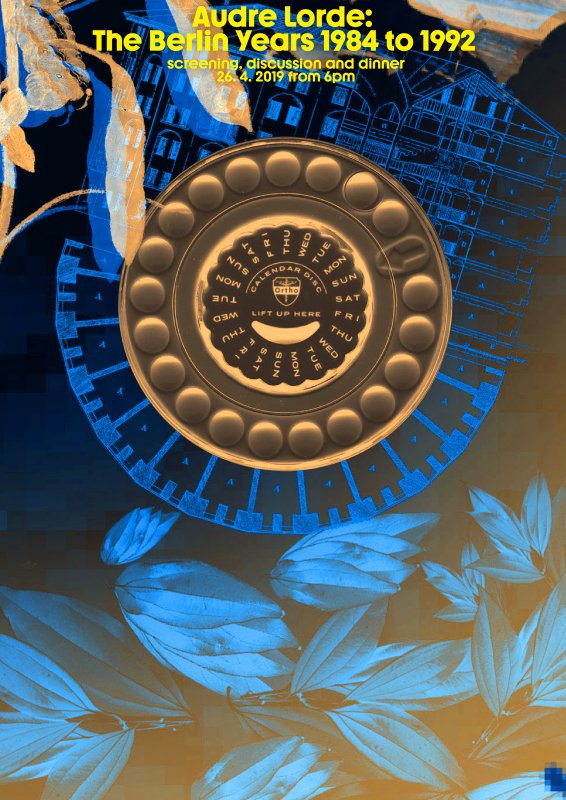 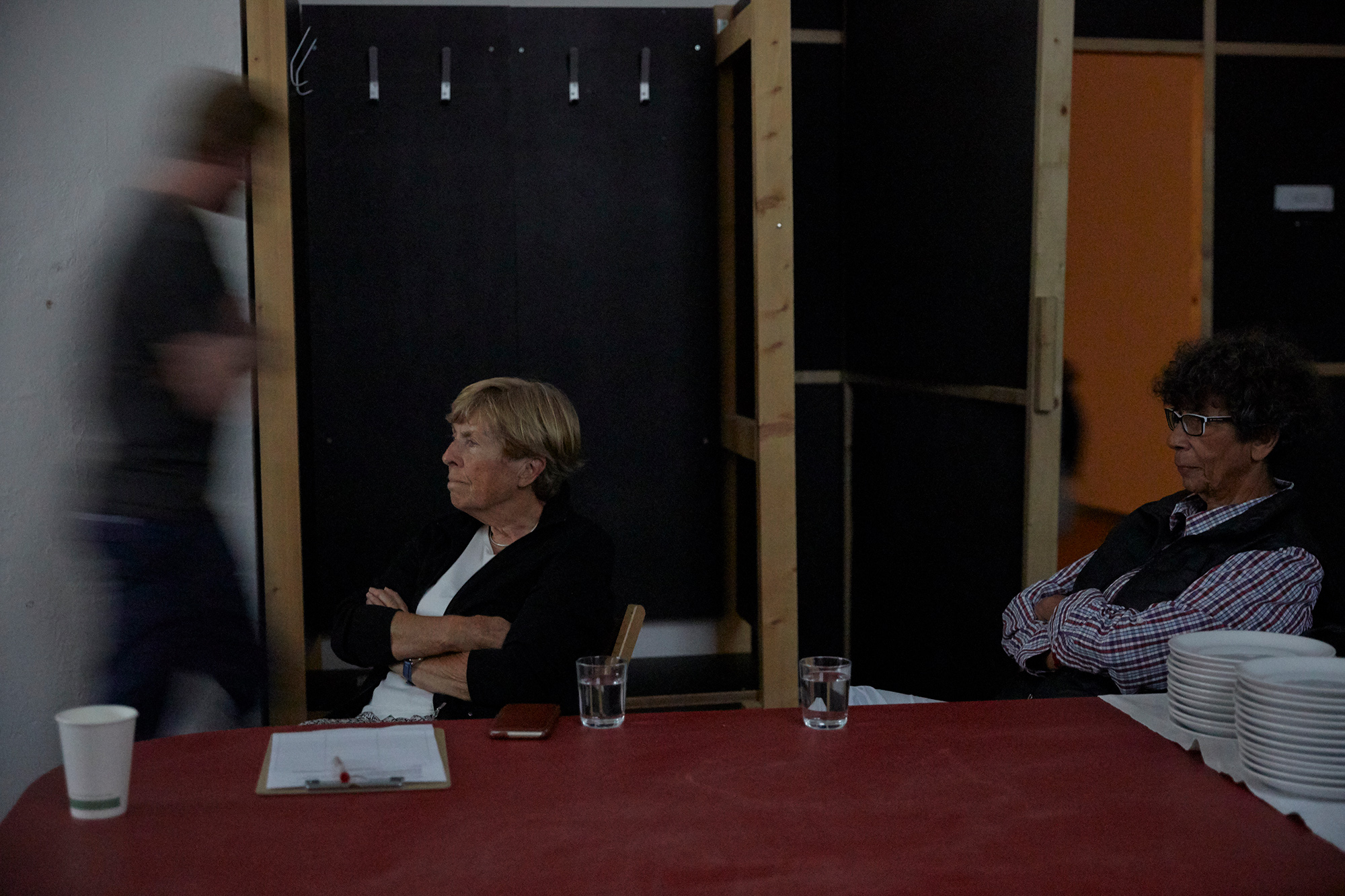 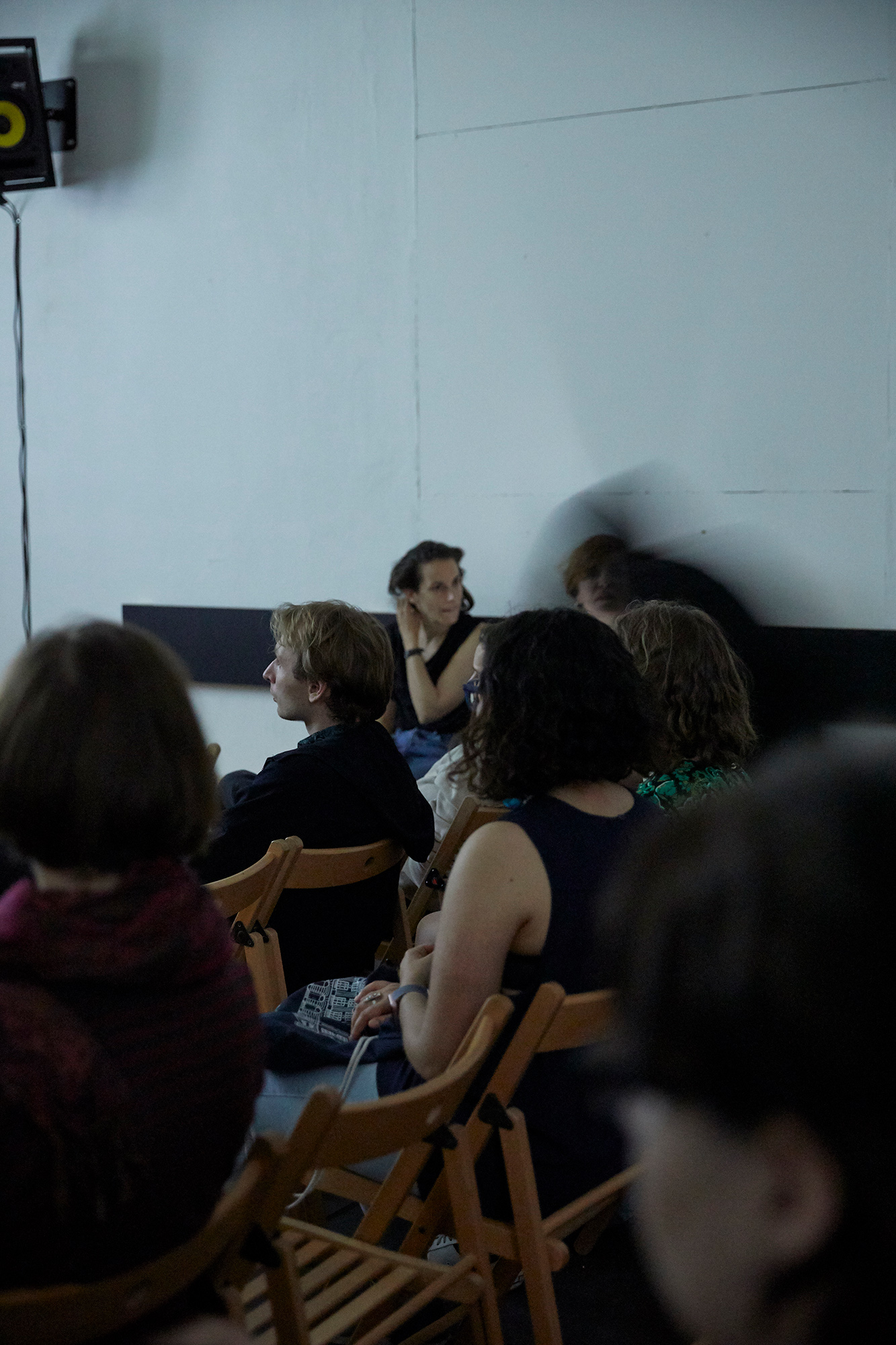 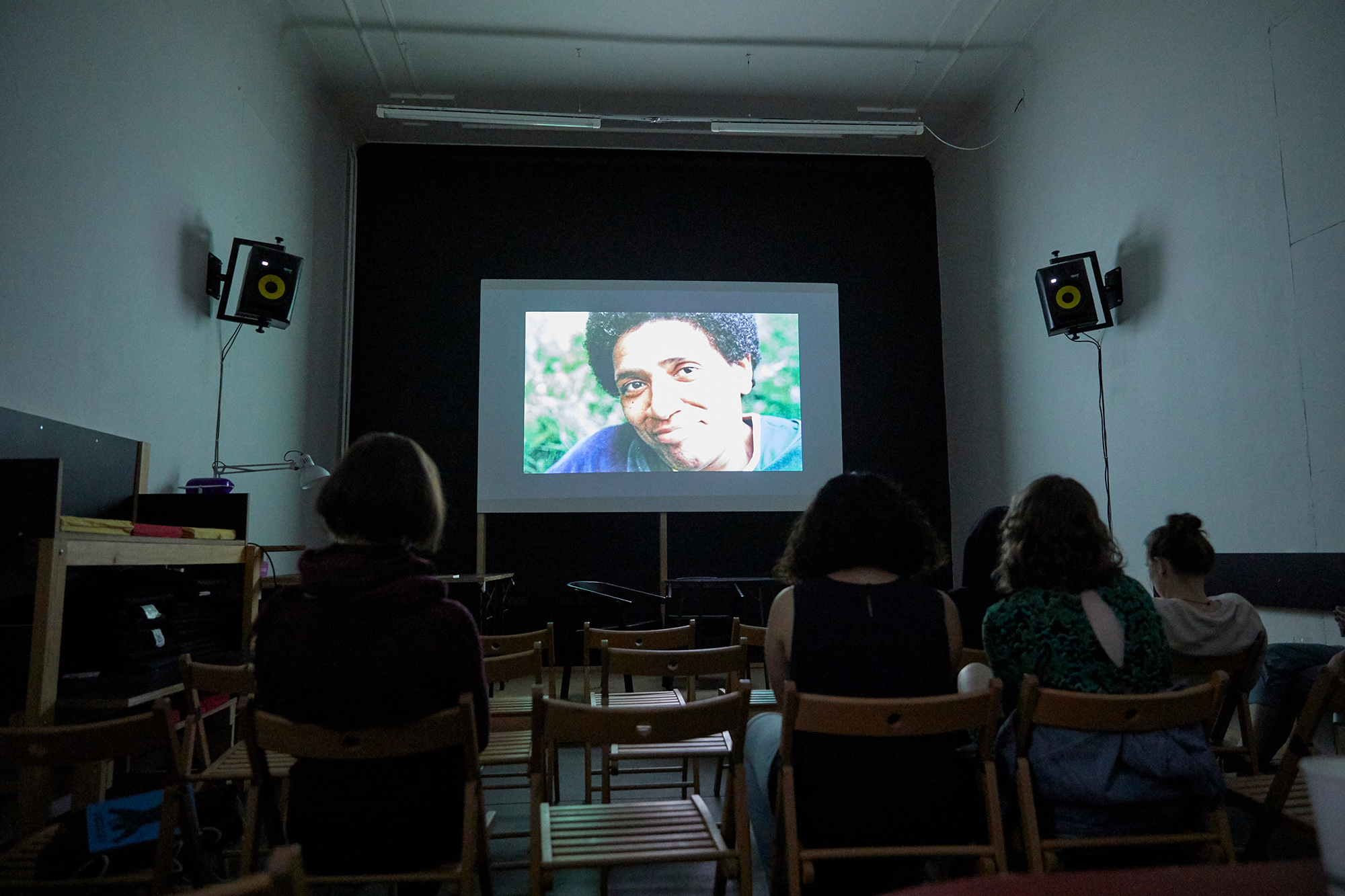 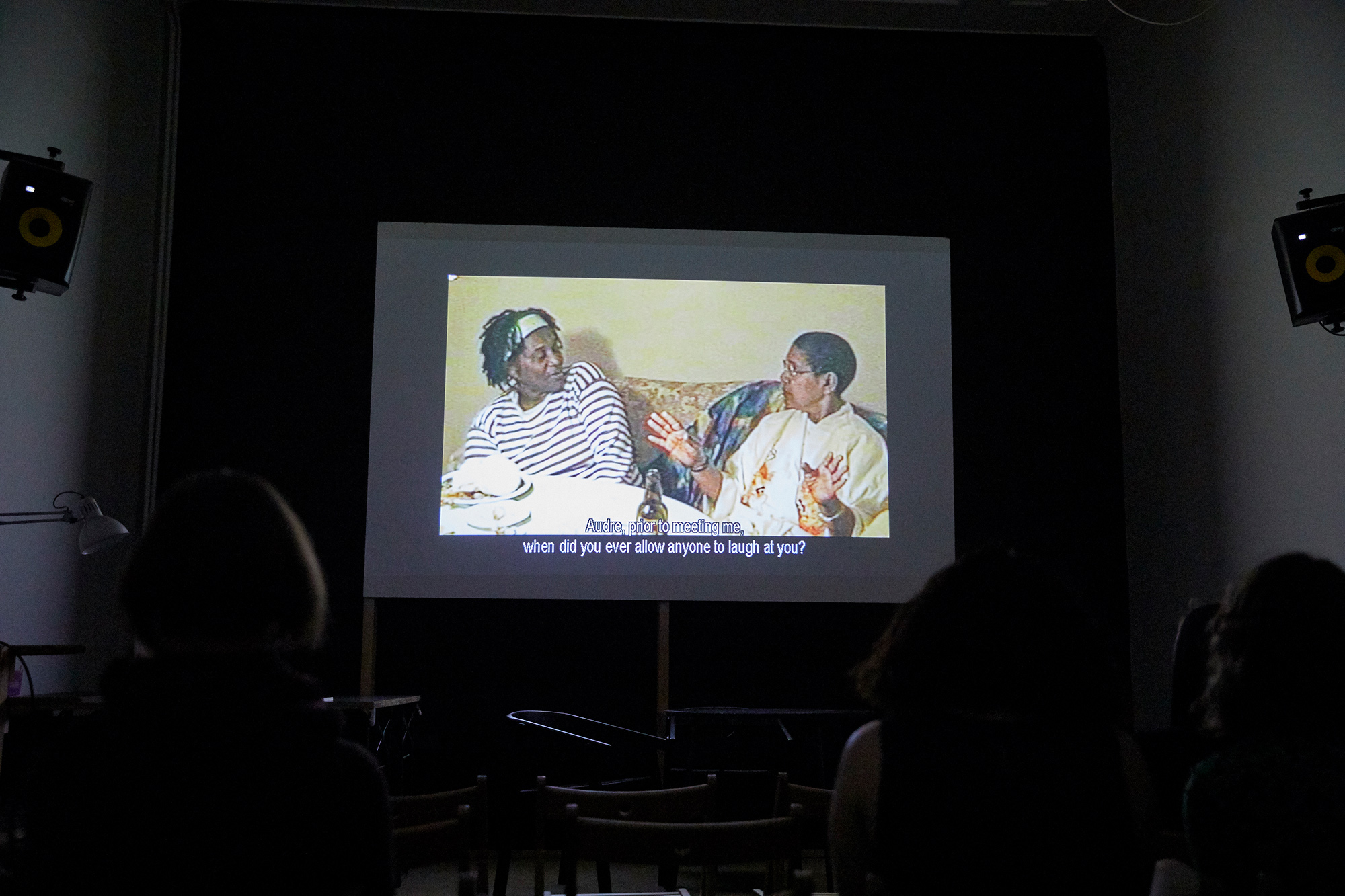 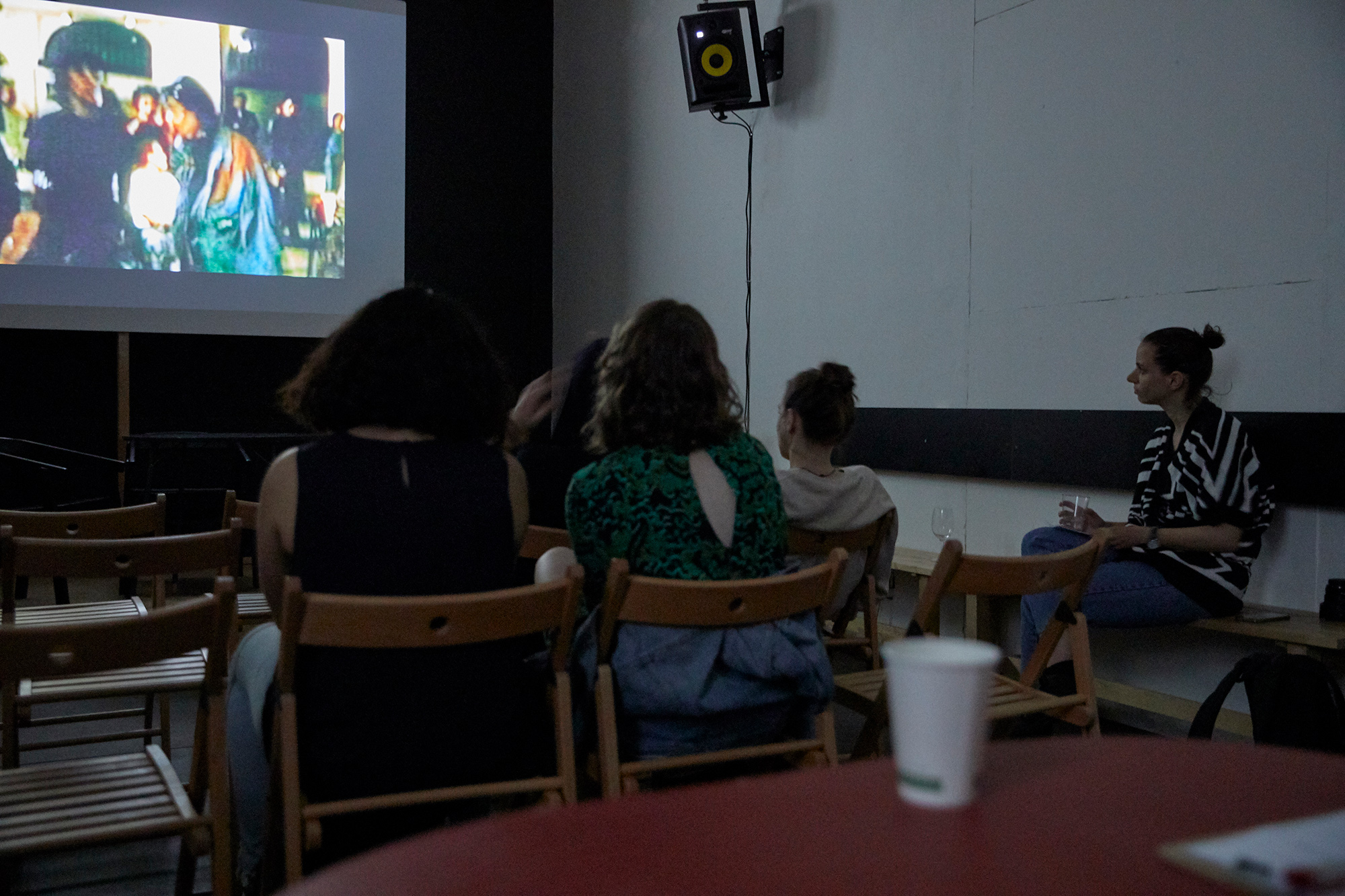 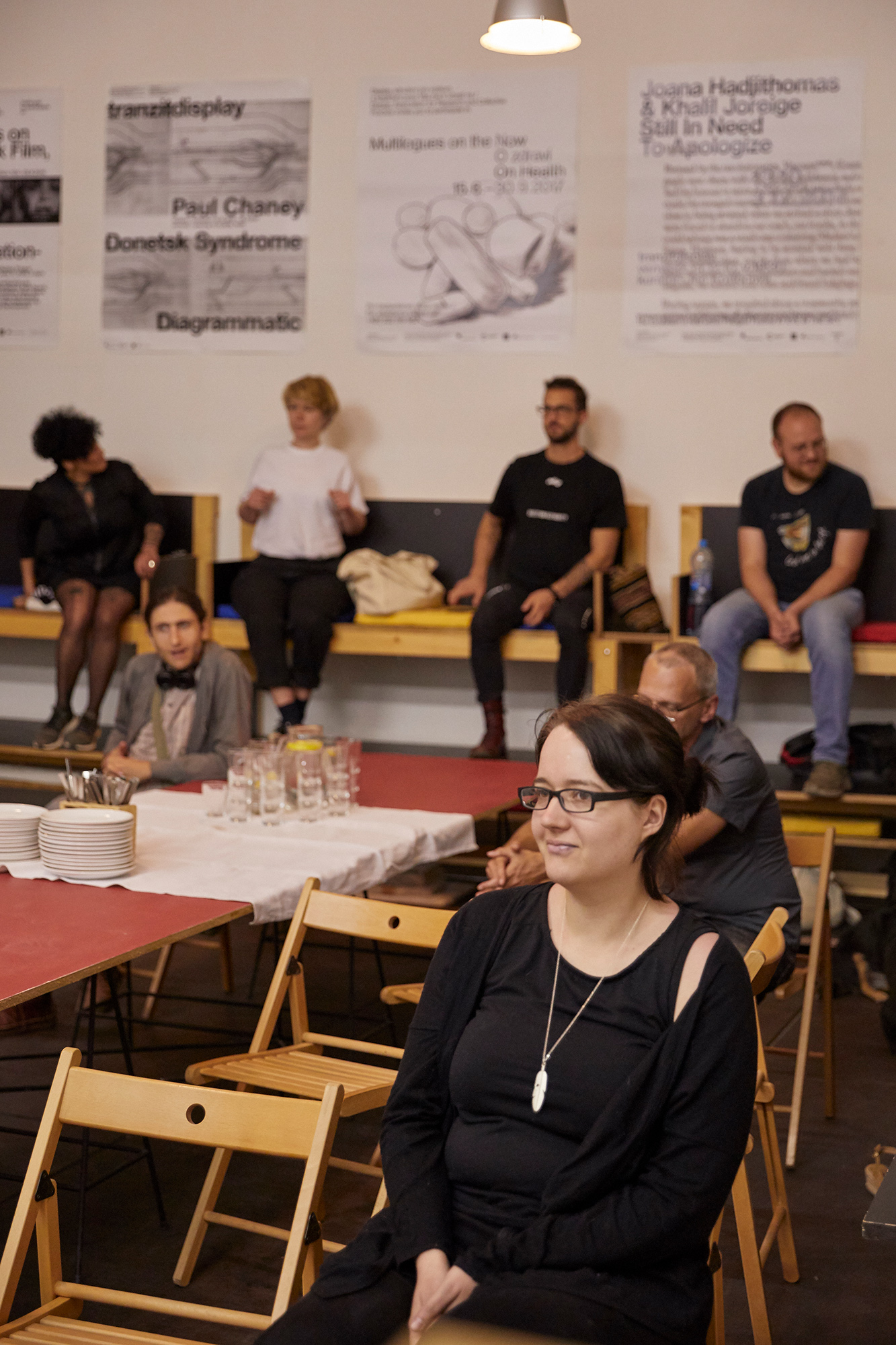 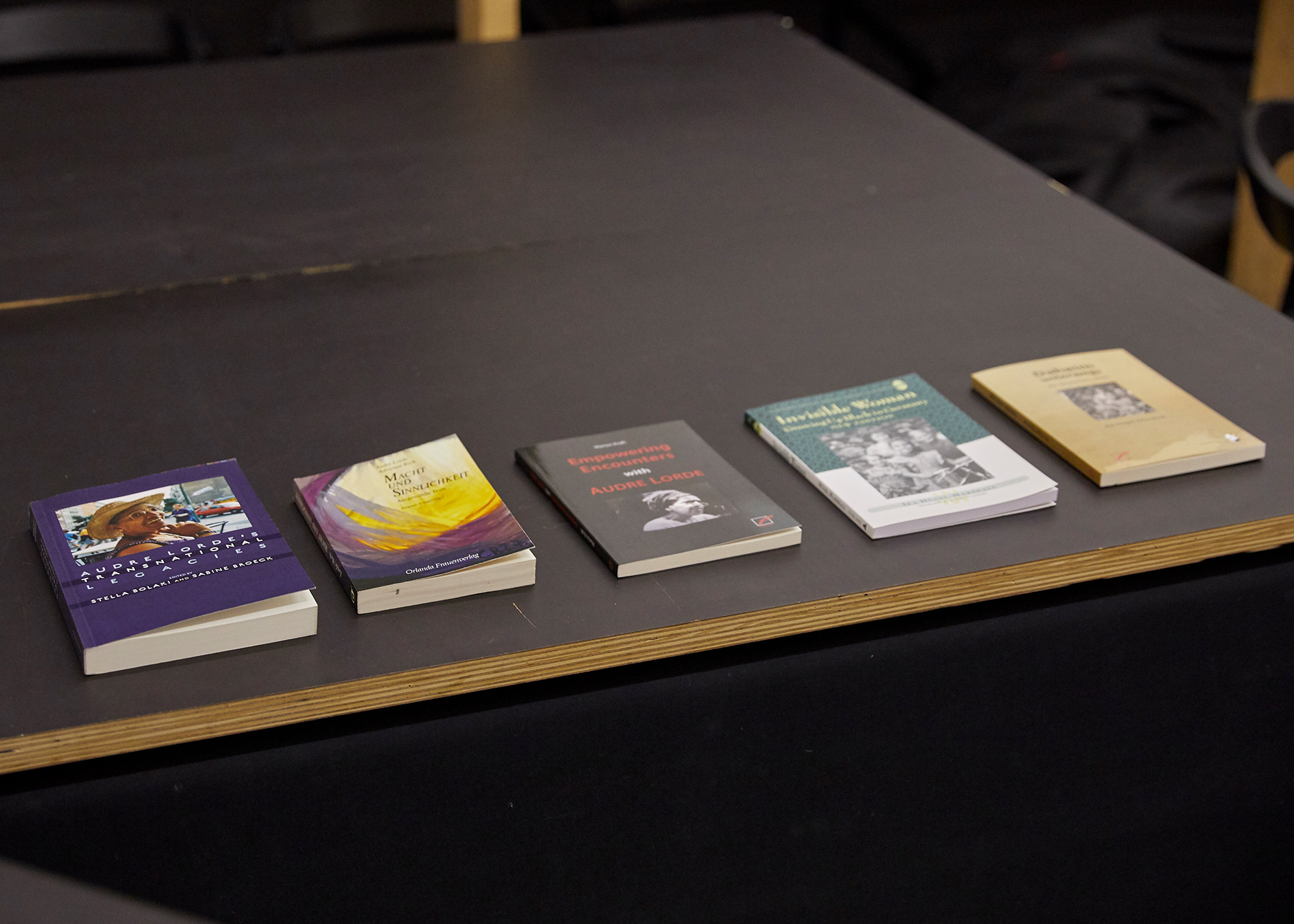 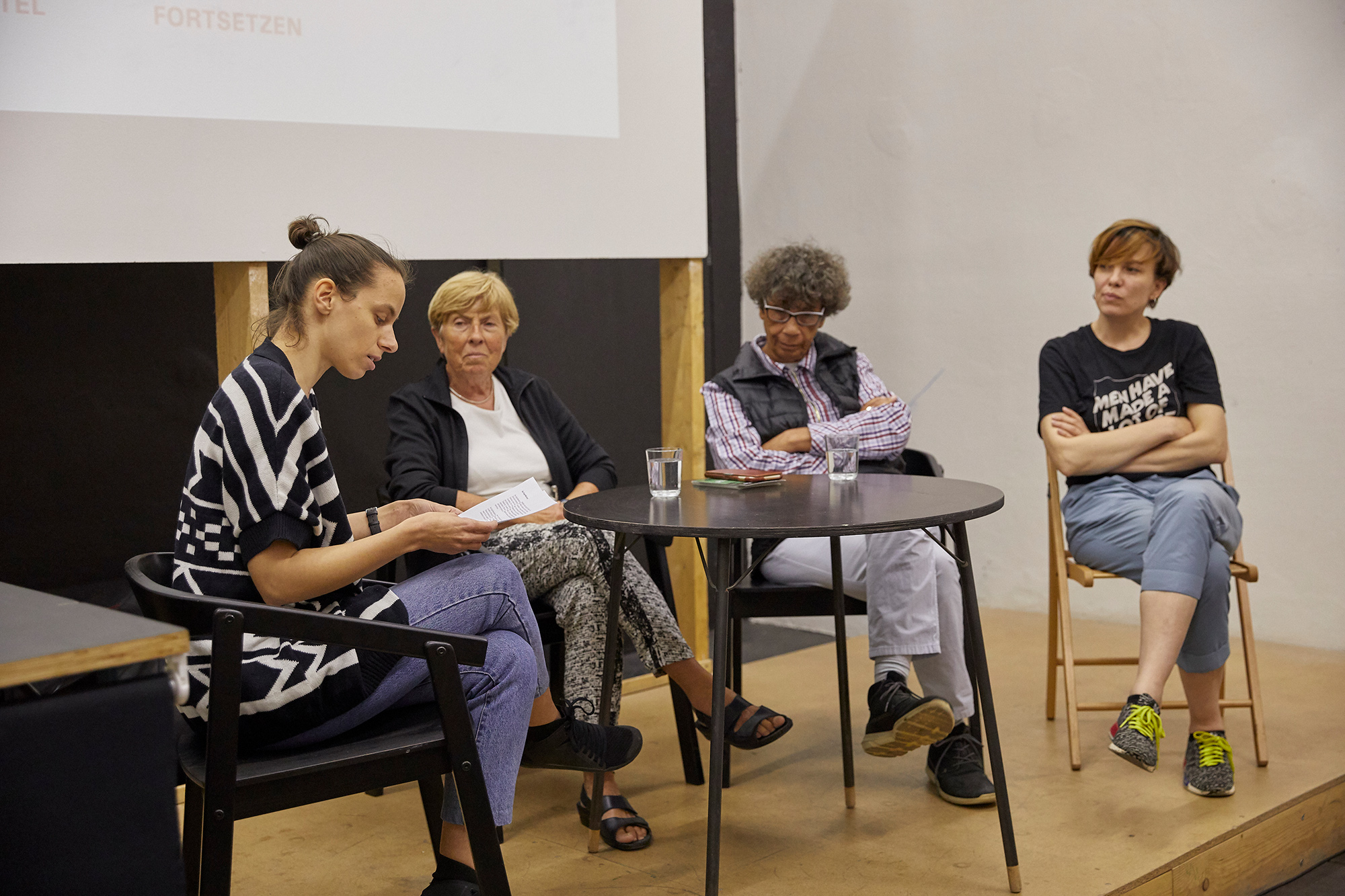 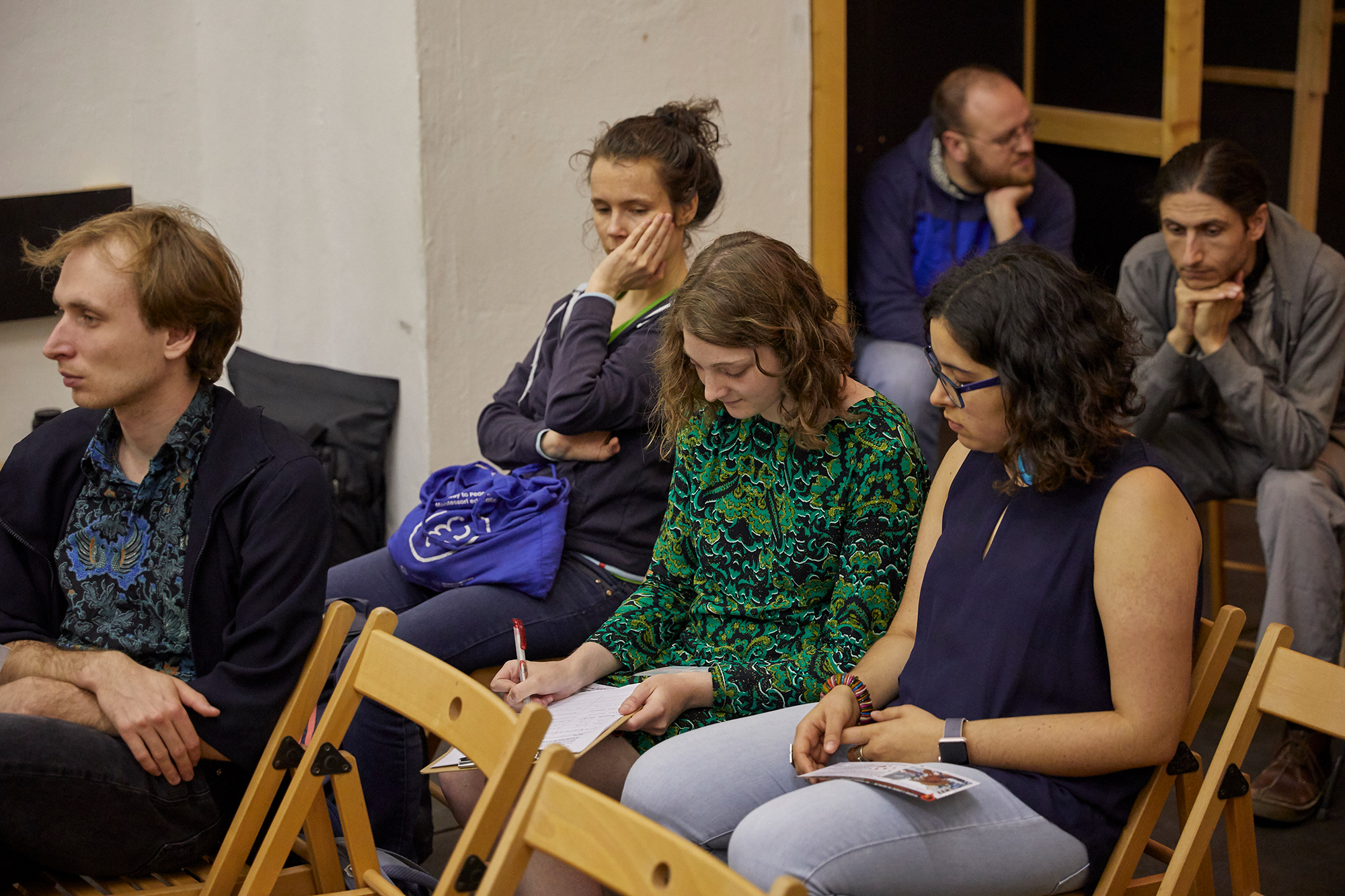 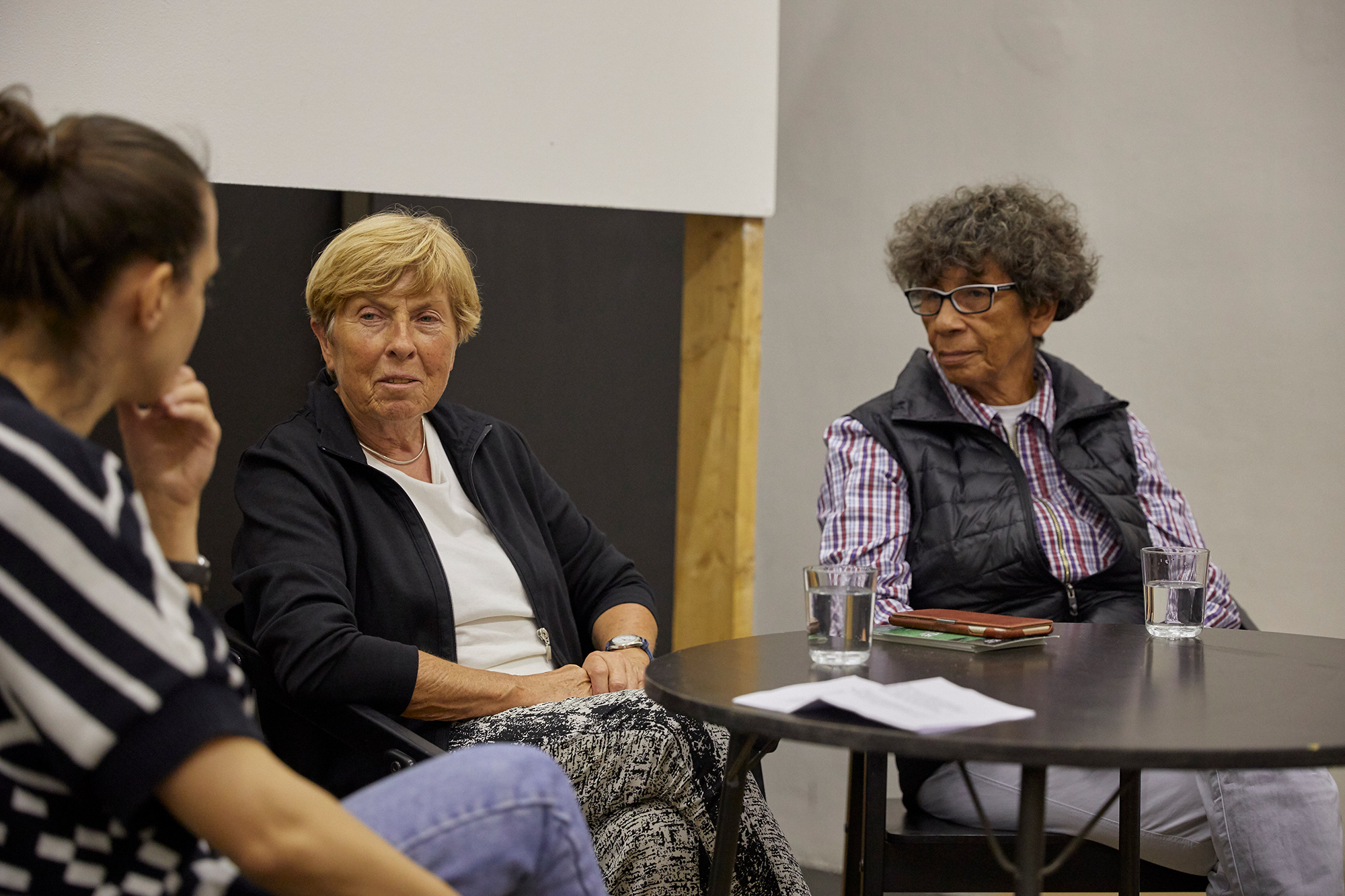 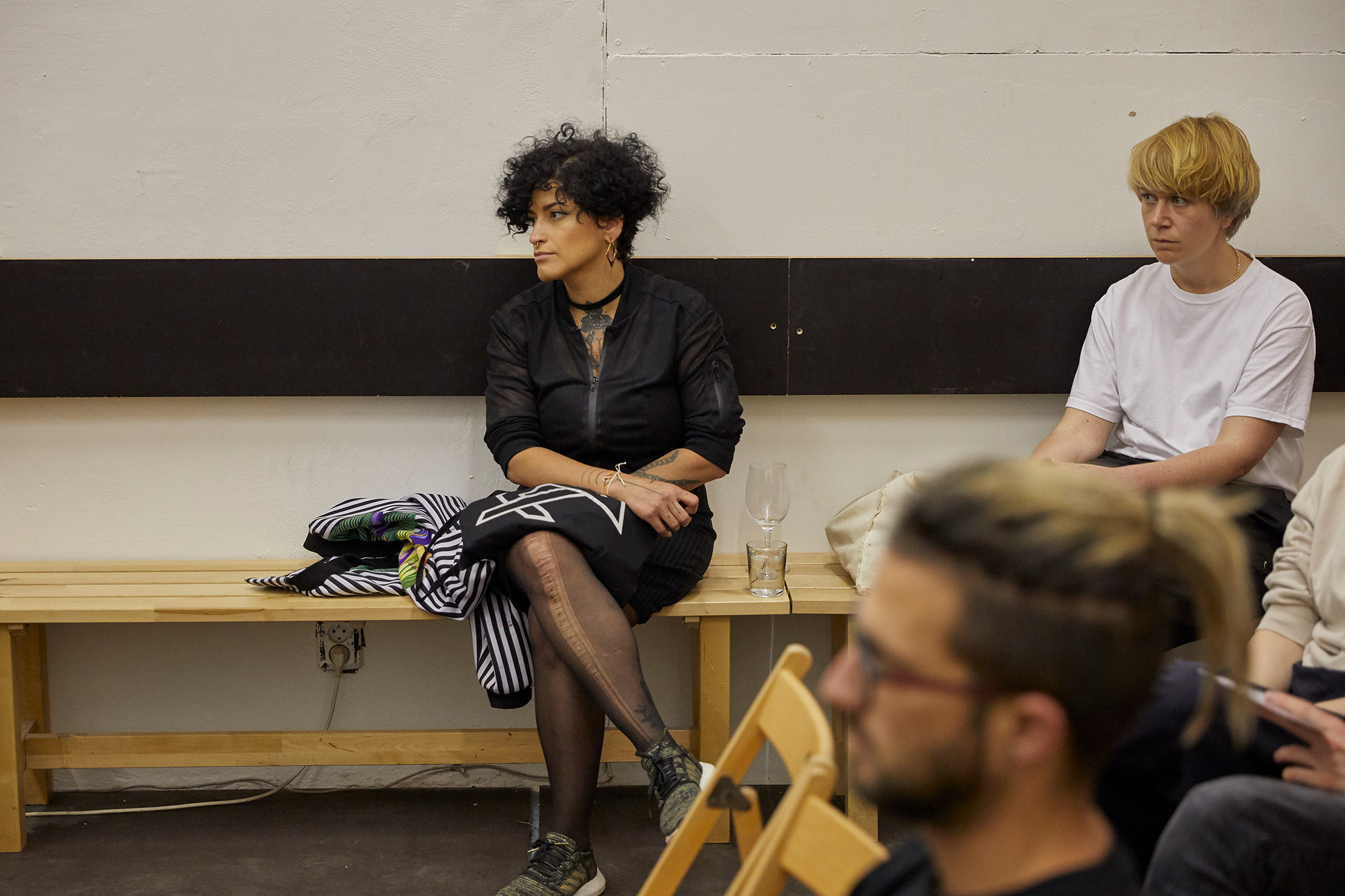 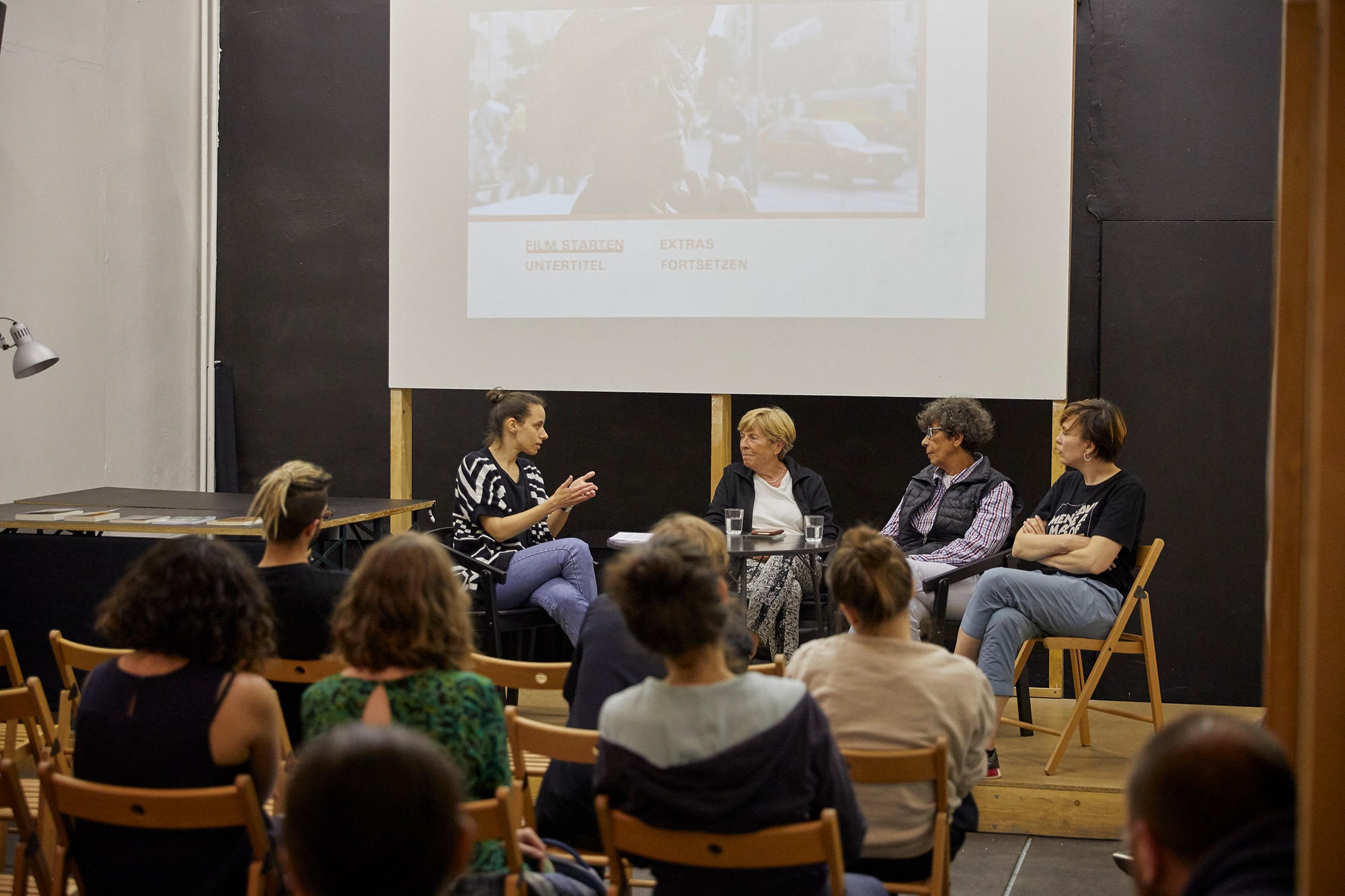 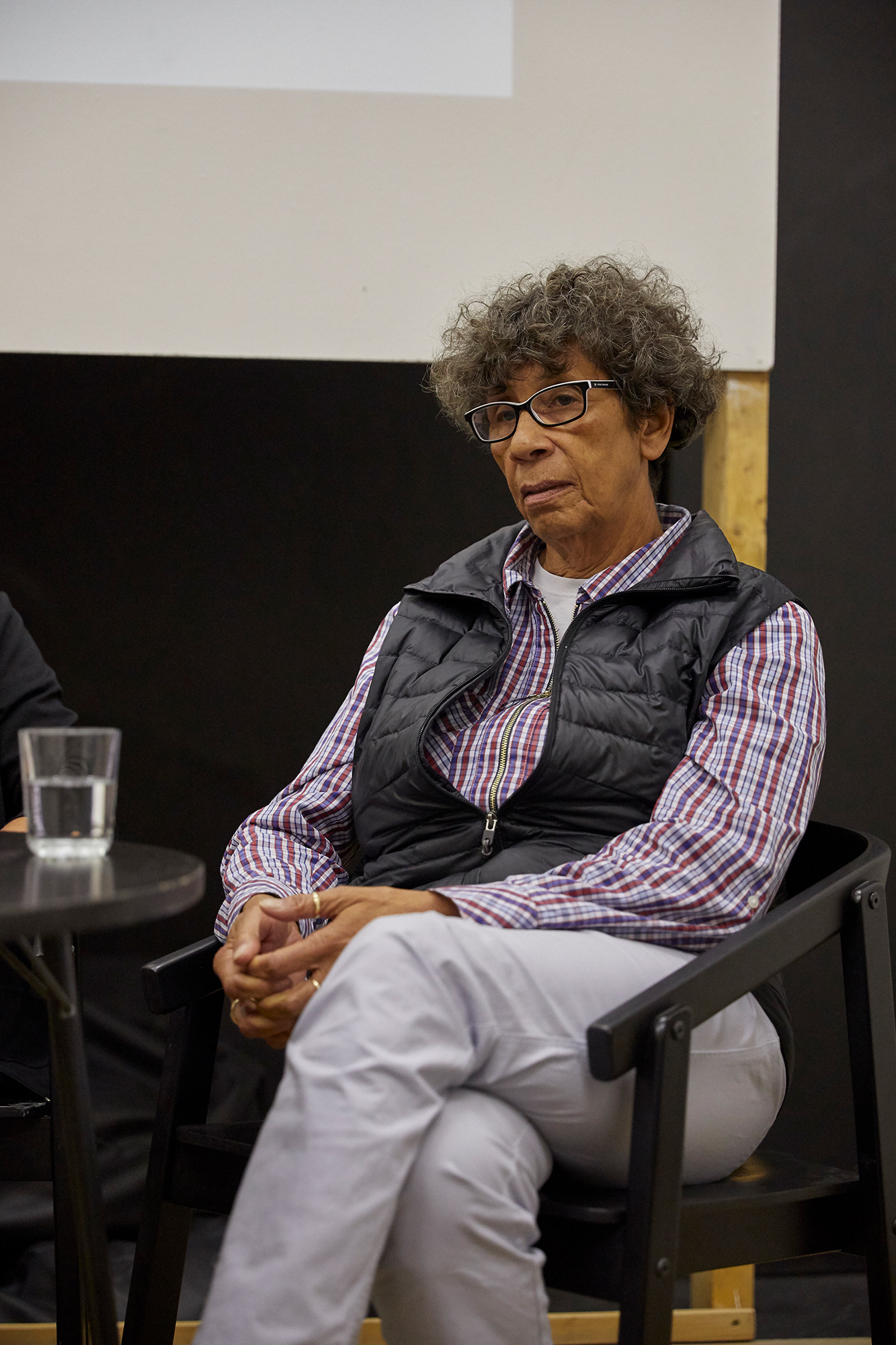 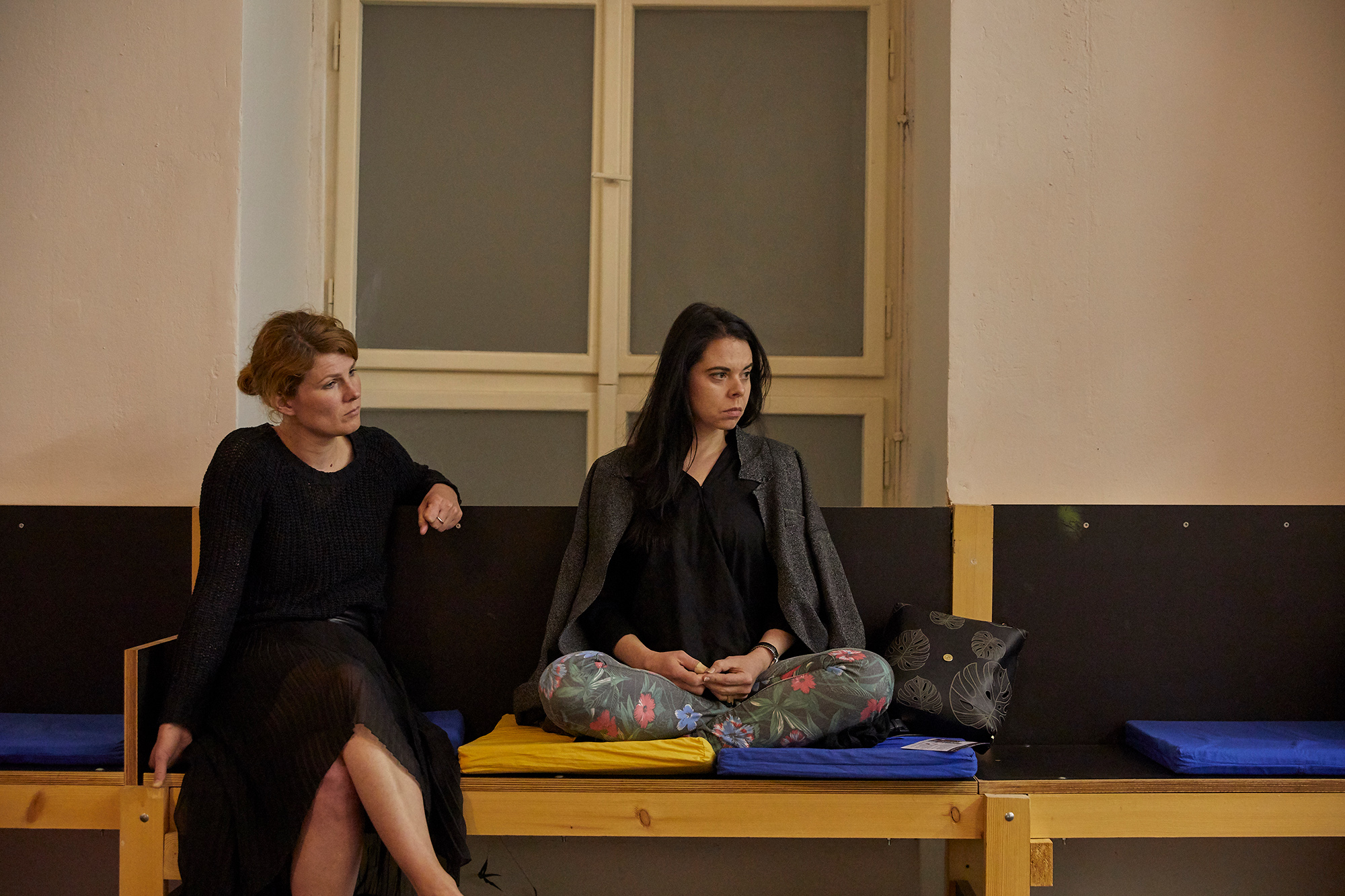 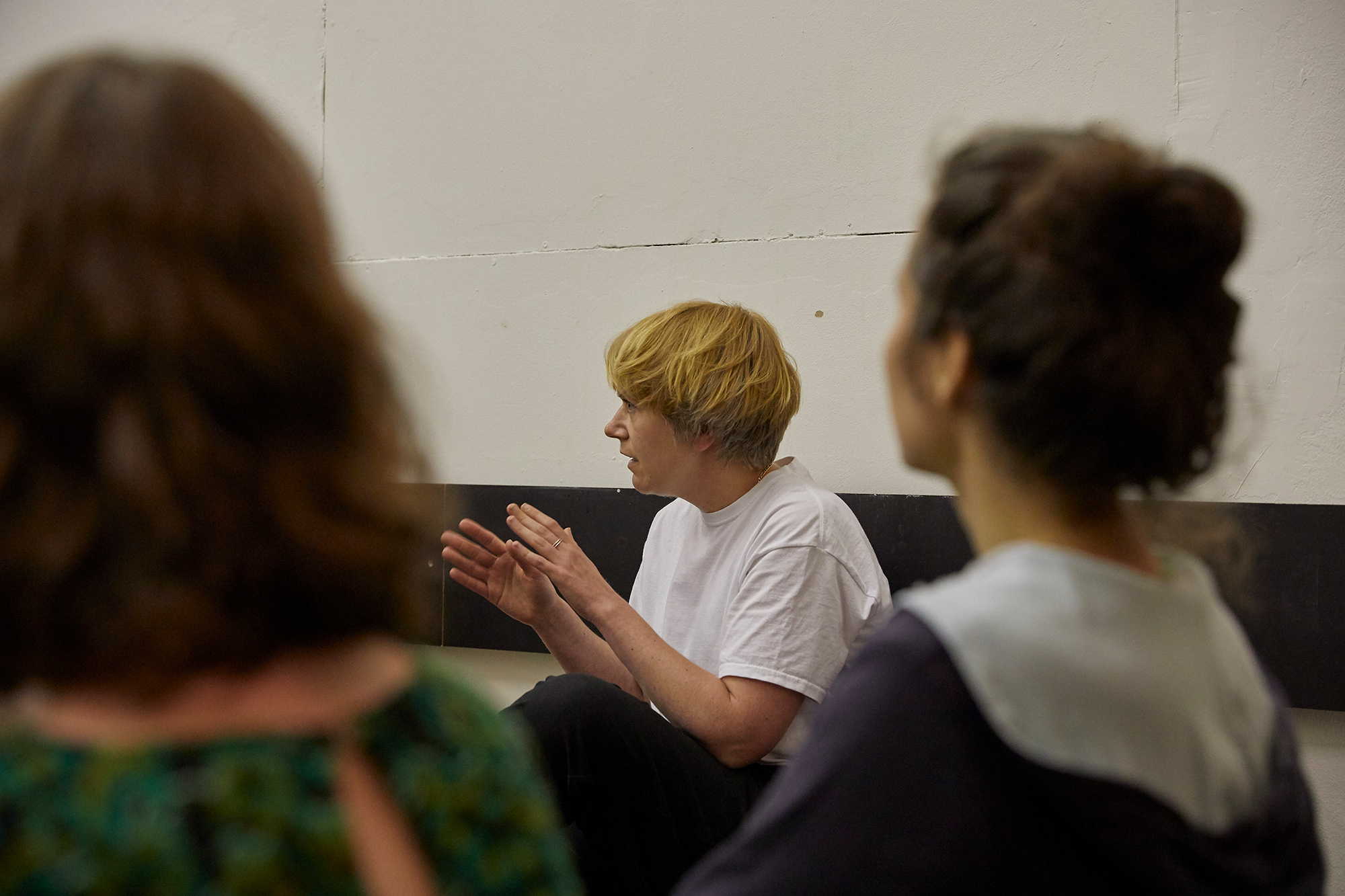 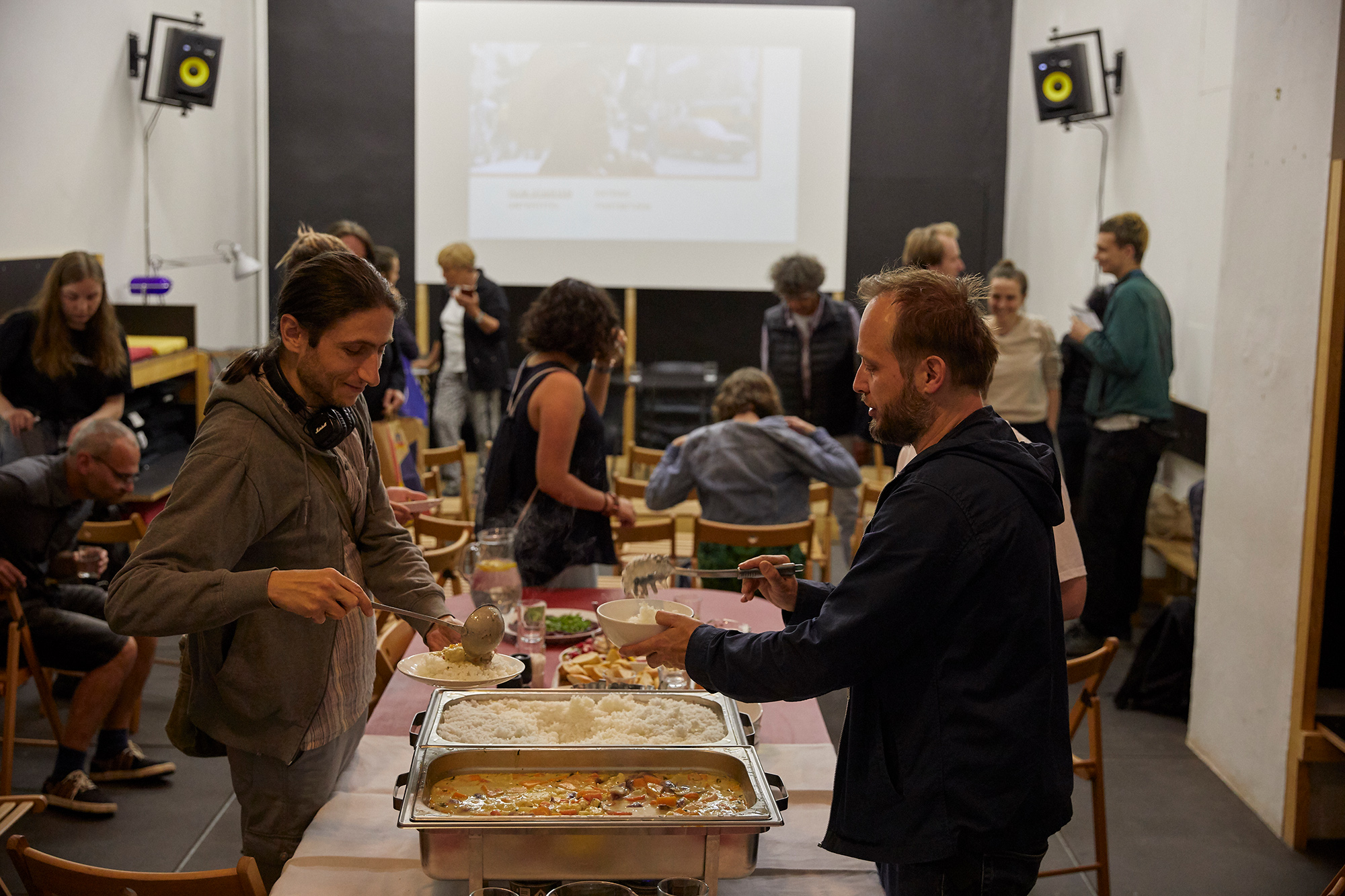 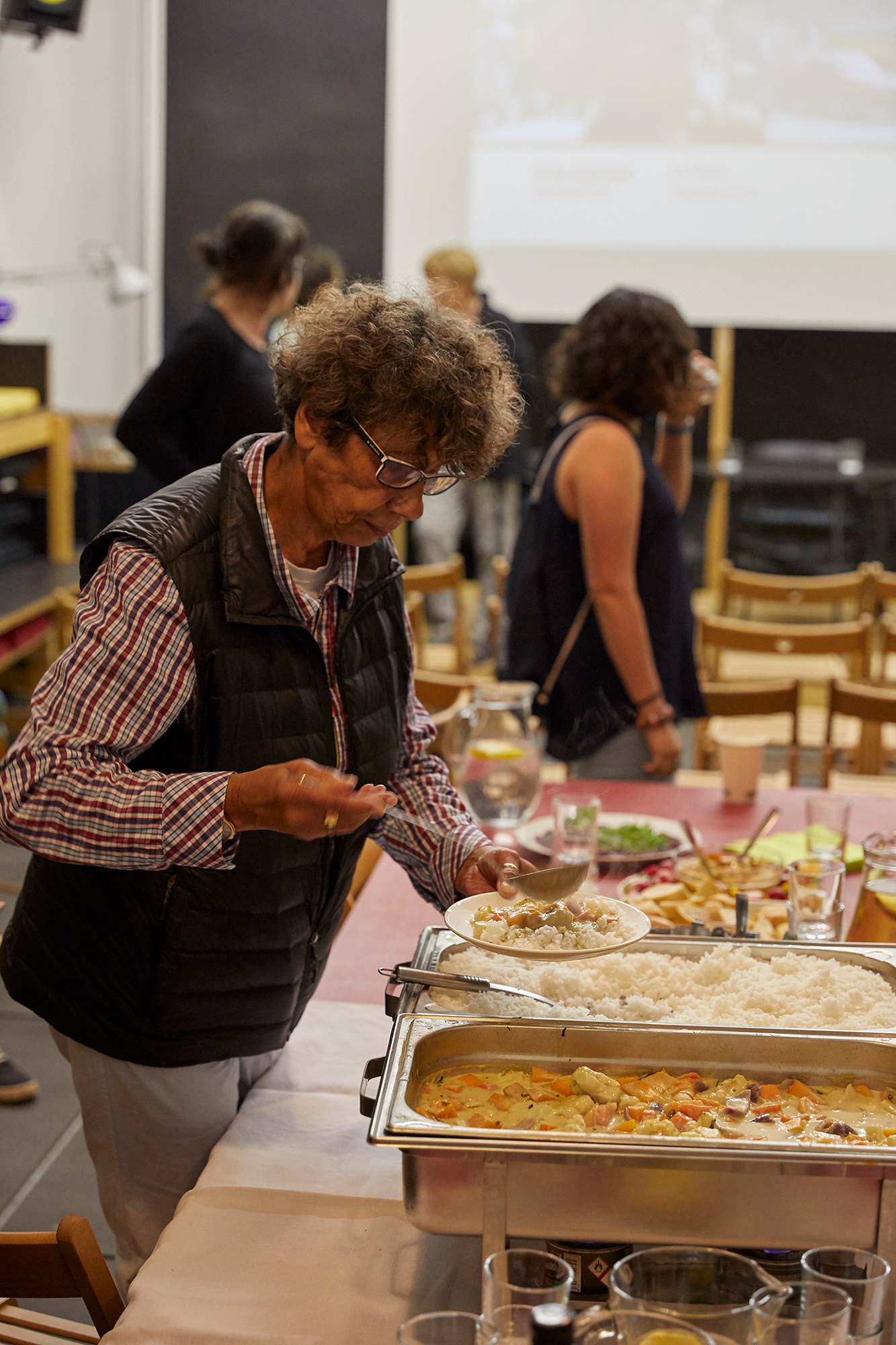 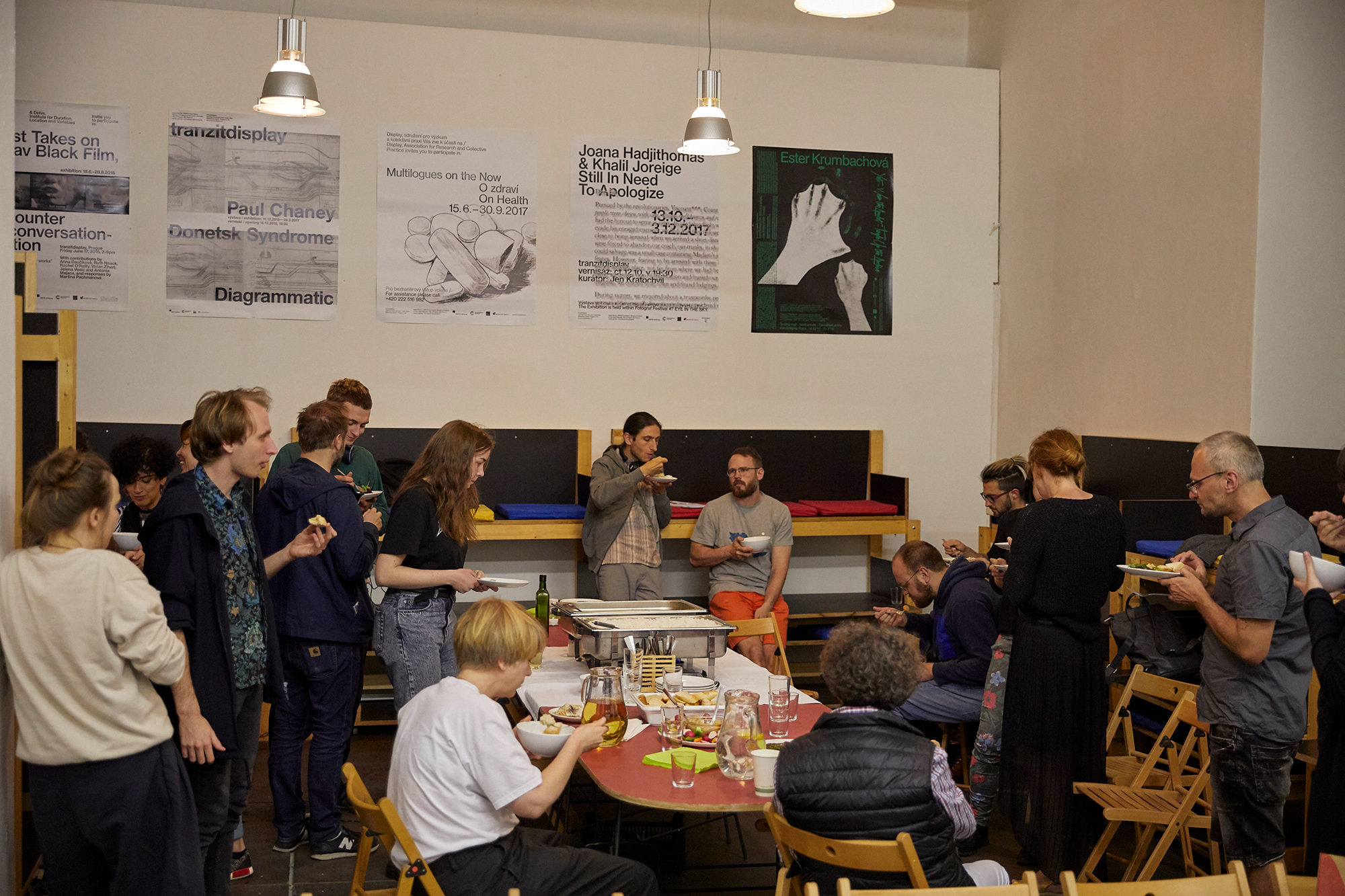 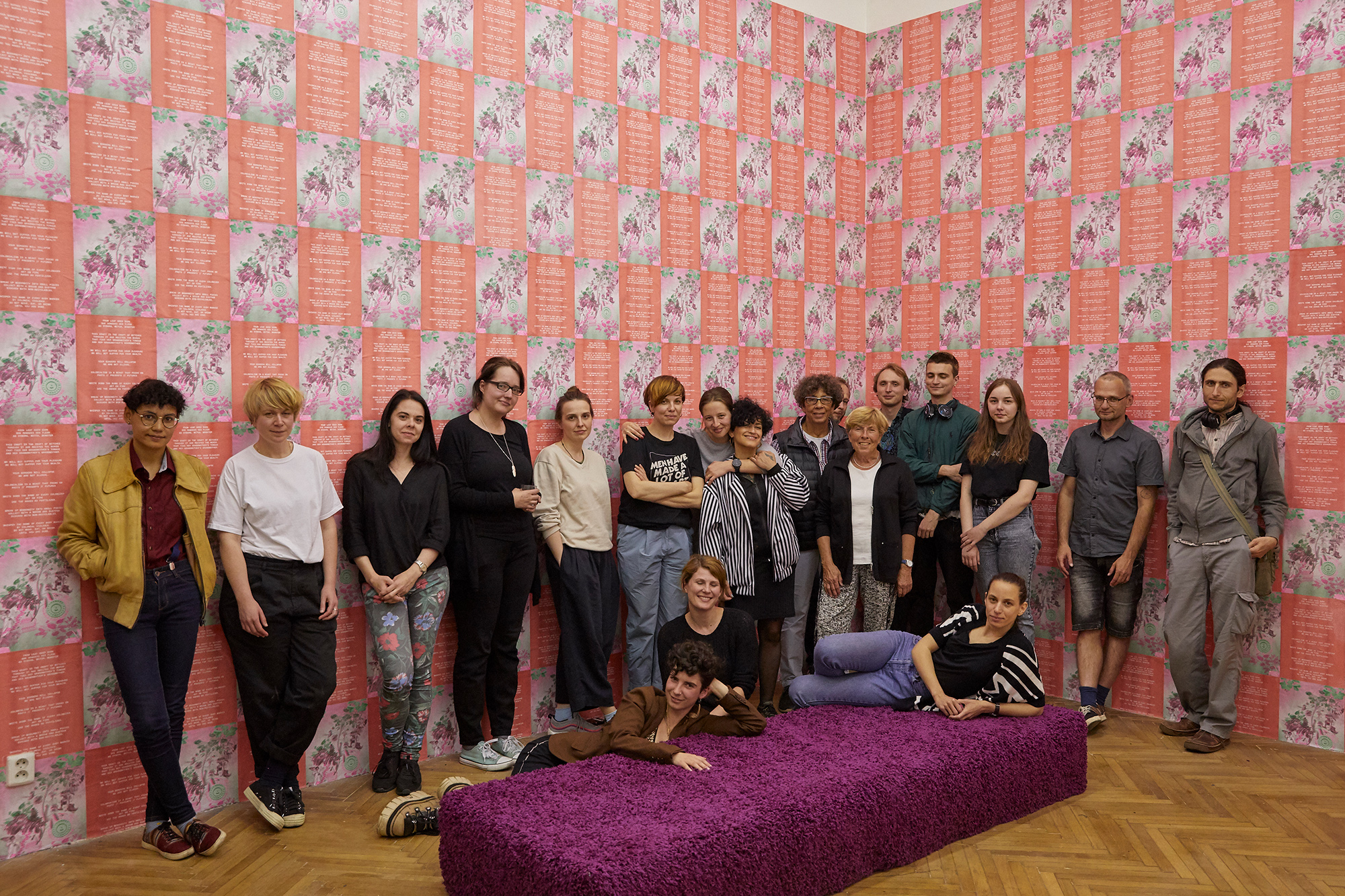 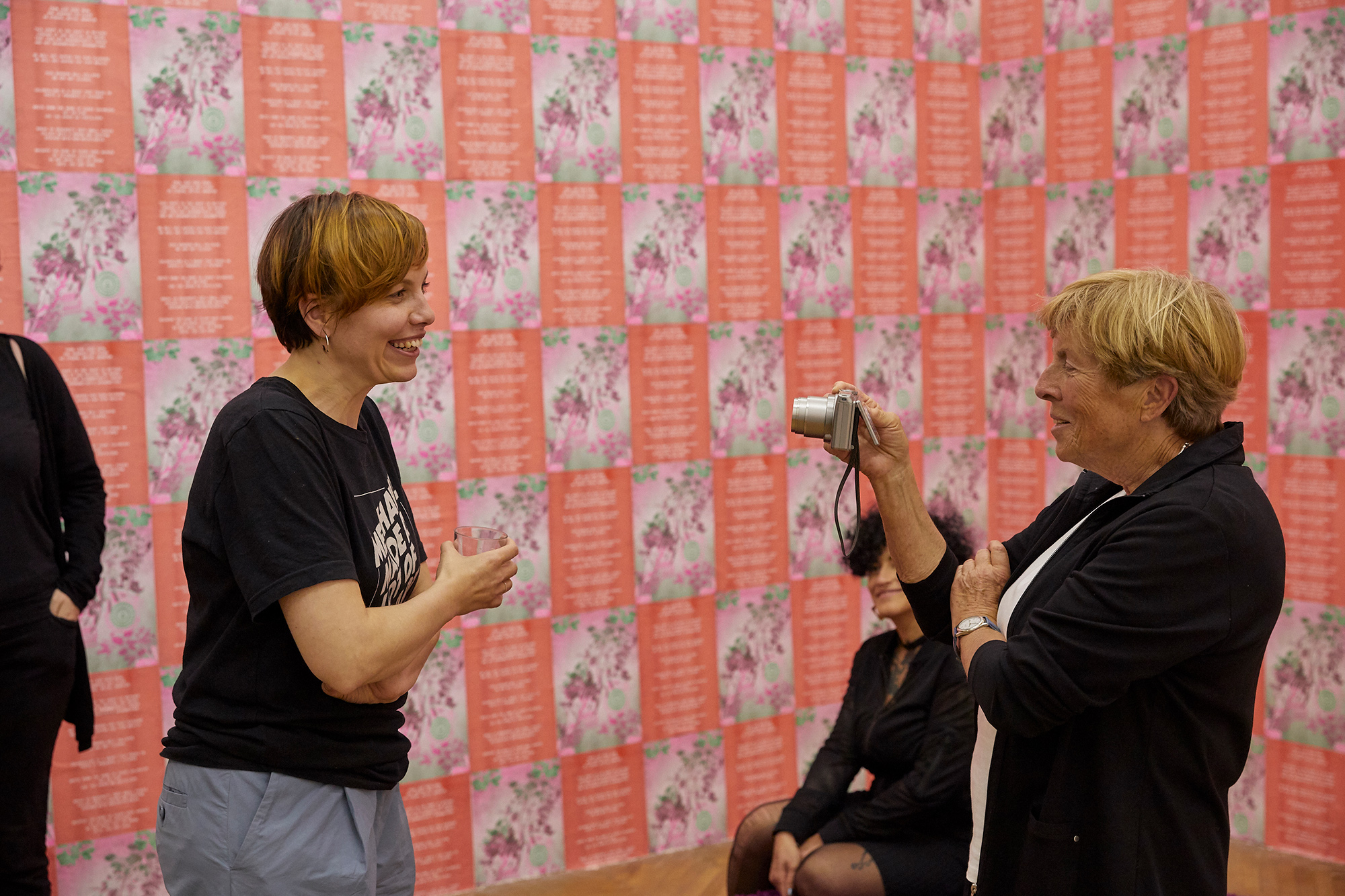 Event is part of
Multilogues on the Now: Technologies of the Body